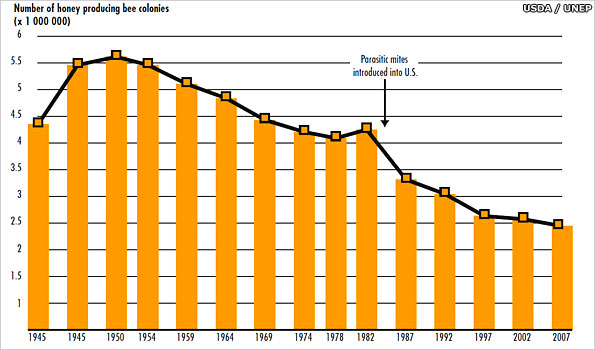 The modern record-keeping and measuring is known for the last 137 years. That is the time perio for which  we have the weather and climate data collected. This year’s August was the second warmest August in the last 137 years of modern record-keeping, according to a monthly analysis of global temperatures by scientists at NASA’s Goddard Institute for Space Studies (GISS) from New York.

This result was not accidental  since we can see that the measured value is consistent with the trend in global average Earth’s surface temperatures. This trend  has been observed during the past few decades. In average, this year’s August was approx. +0.85 degrees Celsius warmer than the mean August temperature between 1951. and 1980 which is also an indicator of global warming and climate changes. 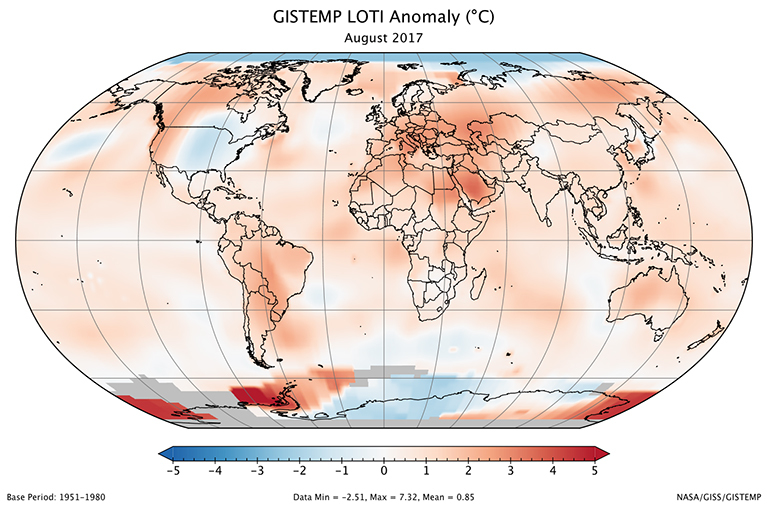 A global map of the August 2017 LOTI (land-ocean temperature index) anomaly, relative to the 1951-1980 August average. Part of Antarctica is gray because data from some stations there were not yet available at the time of this posting.

So, which August was the warmest so far? Of course, it was the August of 2016 which was even warmer than the one of 2017. It was because August 2016 was still affected by the El Niño and was 0.99 degrees Celsius warmer than normal. However, August 2017 was approximately 0,2 degrees warmer than the August following the last large El Niño event in 1997-1998. This research has been made by NASA’s team and has been made by acquiring data from more than 6.300 different meteorological stations from all over the world, as well as on the surface of the seas and oceans. Apart from measuring air temperature, sea surface and Earth’s surface temperatures were also measured in order to give us the summary. Even the Antarctic researching stations were included in this data gathering.

The measuring we know today has started somewhere around 1880. There is some data from the dates before the mentioned year but are not competent  since the measuring didn’t cover enough of the planet. It was not only the August which was above average. In the last few years we record some groundbreaking data from our meteorological stations all over the world. The predictions of the scientists and researchers is that many more months to come will come with the + sign. That meaning that the following years are likely to be even warmer that this one was, which is nothing to be surprised with. This trend will continue to rise for many years to come, if we’re to trust NASA.

A huge iceberg which is almost five times the size of Manhattan has broken off the  Island Glacier in West Antarctica. This is already the second time in two years when the glacier has calved an iceberg this big in size!

The big break off was first seen by a satellite observation specialist from a satellite image. The loss of the huge part of the ice was visible at first sight. The surface of the iceberg was around 267 square kilometers (more than one hundred square miles). Many of the famous scientists, glaciologists and earth scientists have spoken about this issue on social media.

“It’s not unprecedented, but this glacier is concerning for future sea level rise”

Peter Neff from the University of Rochester, New York.

The mentioned Pine Island Glacier is the largest contributor of ice to the ocean of all the glaciers in West Antarctica. Every year the Pine Island Glacier loses 45 billion tons of ice which causes sea levels to increase in height for 1 millimeter every eight years. Which means that if the whole glacier melts, the global sea level would rise for around 0.5 meter, which would cause massive consequences.

As we have already said, this is not the first time the great Glacier has broken. The last big break off happened in 2015 when the 582 square km iceberg broke off. Scientist and researchers think that this inside-out type of melting happens because of the human caused climate changes which are happening in the last few decades.

Of course, all the icebergs that break off from its original glacier lead to melting and eventually to the rise of the sea water level all around the world, which eventually has global and tremendous consequences for the humanity in whole. This is one of the most frightening things that has happened this year that has something to do with global warming and climate changes. A great number of scientists and biologists are doing their best to find the solution. There are many videos around the internet where’s visible what a great part of the glacier has broken off this time. You can keep reading our blog to find out more about this subject.