The weather makers is a book by Tim Flannery which was published back in 2005 and has had a huge impact since then. You must have already heard about it even before visiting our blog. Who knows, maybe the book itself is the reason you’ve decided to visit us here. First of all, you can check where to buy the book here:

Check out where to buy The Weather Makers! 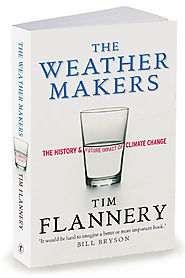 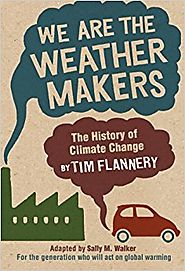 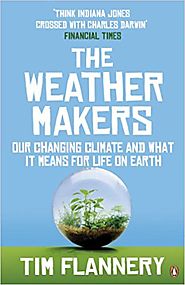 If it’s the opposite and you’re interested in what the book has to offer to you, we have nothing but words of praise for it and the author of the book as well. This book is so far the best and the most popular (we bet it’s also the first one) published book to write about predictions of the consequences of climate changes in the future. Apart from reviewing today’s changes, data and evidence, it also consists of many historical evidence of the climate courses during previous times and historical eras.

The book itself consists of three biggest parts. The first one talks about the cause of the change in our planet system, and compares the situation and data from  2005 (the year the book was released) with some previous evidence of changes in weather course and climate. The history was, we can say, full of surprises, and it is common knowledge that in the Earth’s past there were many ice age periods followed by the centuries of stability and population density on our planet. We also know for sure that many of the animal and plant species that were present somewhere in history no longer exist. It is proved that some of them could never even exist in these climate conditions we know today. That’s one of the first indicators of the great differences on our Planet then and now.

Tim Flannery, the person behind The Weather Makers book

The second part of the book is the author’s analysis on how much is the global warming affecting us already. The weather conditions are already pretty different than they used to be a decade ago. The surface temperature of the sea in the Indian Ocean is also much higher than it was, fr example in 1960’s when it was first constantly measured. The rise in that sea temperatures is caused by the higher concentration of the greenhouse gases in our atmosphere. The rise in the sea surface temperatures is not the only consequence to this global phenomenon. There are a lot of consequences we’re facing everyday, some of them even without being aware of it.

The third and the last part of the book, apart from the first two discussing causes and consequences, discusses possible solutions to the global problem. In one part he talks about individual action every one of us should take in order to help in saving the planet. There is a lot of truth in the words that many small actions will make a huge impact, but individual action is not the best path to take on the journey of saving a planet. More important than that are international and / or governmental actions. These actions are more than required in order to slow down the effect of global warming. Flannery here sees the coal industry as the biggest threat to our environment as well as the biggest opponents to fighting the global warming, even though the coal industry uses 40% of all energy consumed in the United States.

Unfortunately, even if we stop all the pollution right now, the consequences of what has been done in the past will be visible for 2 decades more. It has been many years since the Weather Makers book has come out and it has been a burning subject ever since. Many of the famous politicians have changed their viewpoint about the issue after reading it. Maybe you should give it a try as well? The book is available for your orders in physical as well as online version. Make sure to order your copy in time!