Welcome to Weather Makers blog everyone!

We are a group of enthusiasts who have created this blog in order to provide you the info about climate changes, how we cause them and how they will impact us in the future. The name of the blog was insipired by popular Tim Flannery’s book from 2005 which gives us a detailed summary of causes and predicted consequences of global warning. This blog will tell you about it all, but mostly about how we can stop it.

We can’t deny the increase of carbon dioxide levels or the rise of temperatures all over the world which eventually leads to mass species extinctions, droughts and desertification. We are here to talk about and to teach you about causes, future consequences and after all, proposed solutions for this kind of problems we’re facing everyday.

How can we see the change?

Today, we have numerous technologies which help us in tracing how weather conditions change and have they behave through some time period. You must already know that weather conditions prevailing in an area over a longer period defines the climate of that area.

There exists a lot of historical data about weather and climate changes, but all of it has to be taken with a caution because there were no relevant technologies at that time. But today, we have all the technology on our hands and are sure the data is relevant.

Today we are able to see the state our atmosphere better than ever before. We have so many satellites orbiting around our planet which send millions of megabytes of data every second. We are even equipped with weather drones which are equipped with numerous sensors or even cameras and are more than helpful in tracing the path of the weather conditions. All the relevant and given results irrefutably show that the Earth’s climate really suffers from our influence. The mentioned drones are even possibly becoming a revolutionary innovation in meteorological world and are to be even more used in the following years. They are easy to use and are quite cheap to produce in the terms of meteorological equipment. That’s why they record a huge breakthrough in a lot of areas.

All that mentioned technology shows us that really, the temperature rates are higher than ever before, the co2 levels as well. There is also a rise in the annual monsoon rains in the African region called Sahel. Also, the hurricane intensity is rising every year, and the coral reefs’ health is declining tremendously. All this thing we’ve mentioned here are direct consequences of global warming.

Do you wonder who is the one to blame for global warming? Of course it’s us, people. We’ve been distorting Earth’s balancing state for so many decades, unaware of the consequences our behavior will have in the near future. But, today more than ever we should be aware of the fact we are the ones to blame for this and it is important to find the solutions to the problem and to act fast.

Industry is a great threat to our environment in global, so big industries need to act accordingly to slow down the effects of global warming. The consequences visible today are actually the consequences of the carbon dioxide emission from the past 20 years. So, accordingly, if we completely stop the emission of the carbon dioxide today, the effect will make impact on the global weather conditions for approximately another two decades. Imagine what will happen if we continue the emission at the same rate. In approximately 20 years the Amazonian area will begin to collapse. That is a great disaster to predict since we’re talking about the most diverse area in the entire planet, and not to mention how many carbon removing trees will be destroyed as well, making the entire situation even more drastic. 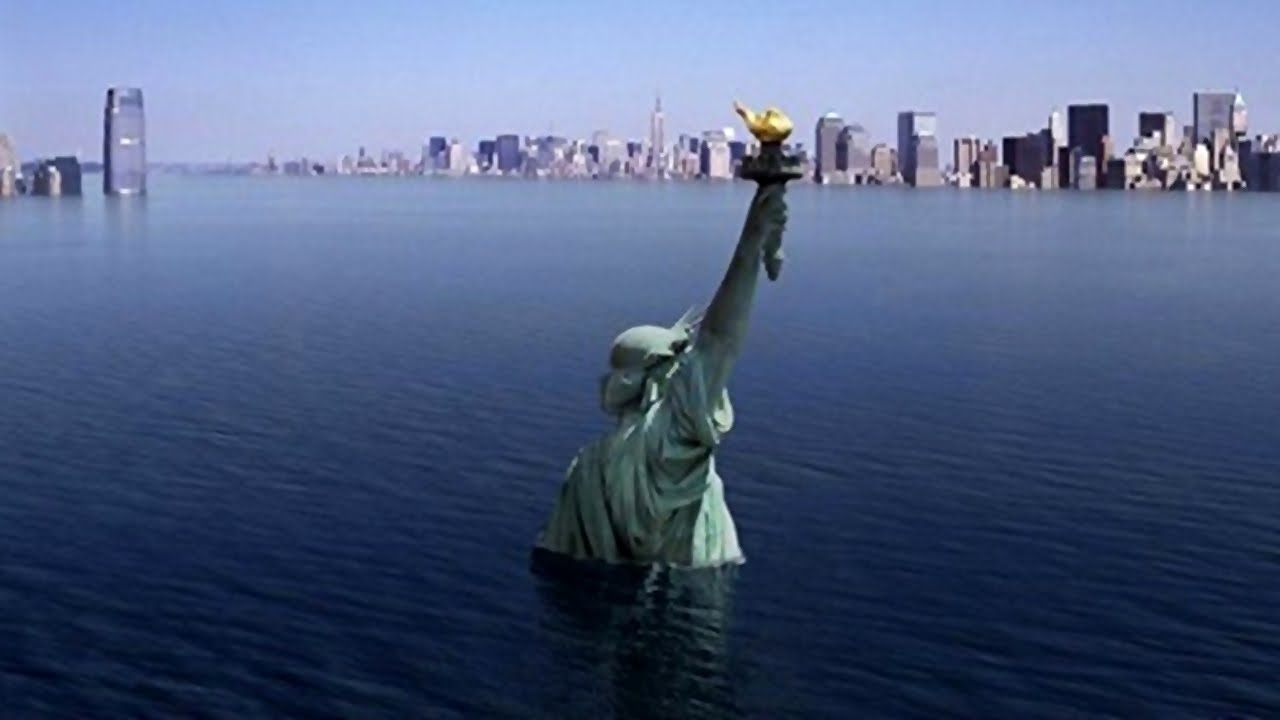 Earth under water as a consequence of global warming

In this entire story, we can’t forget about the mile-deep Greenland ice cap whos melting will drown a great part of the today’s land. The huge amounts of water released will cause the Gulf stream (the most important water stream known) to stop flowing, which will eventually lead to Europe being turned in the cold wasteland, On the other hand, the same scenario would turn southeast of America into nothing more than a waste desert.

The weather makers is a book which change the way a lot of people see global warming problem, and it has had a huge impact on many political faces all over the world, including England’s Prime minister Tony Blair and Australian government. All of them claim that this book is the reason their viewpoint has changed so much. They have decided to take action in their countries in order for us to get to live in a safer and healthier environment. We encourage you to read the book (available in bookstores as well as online) to get more info on the subject.